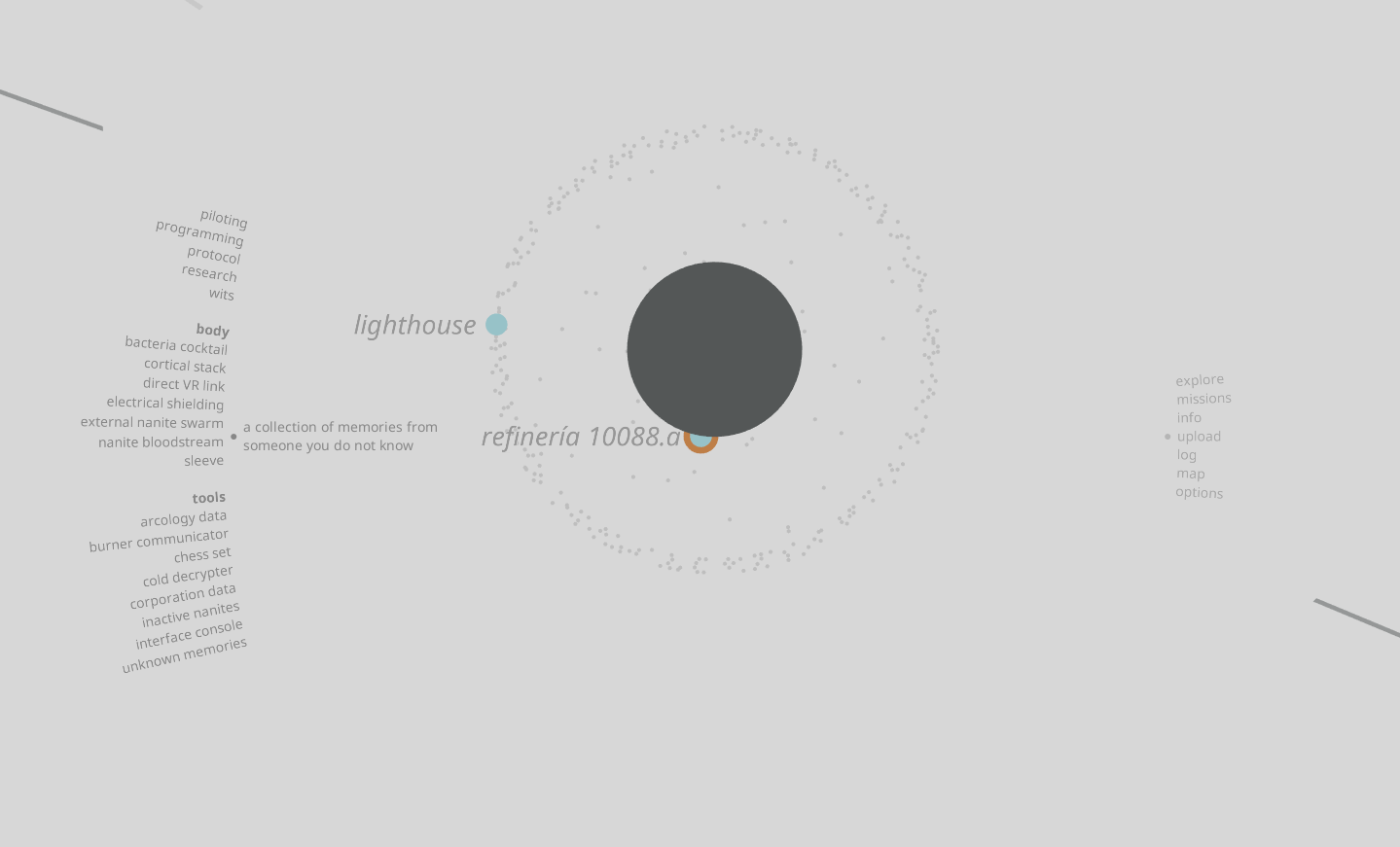 Sun Dogs is a text game in which interaction is mostly directed by moving around a map and exploring different places in a transhuman future.

It’s a curious little game, a very spare experience aided by a looping ambient soundtrack and modernist visuals. You travel around the inner solar system, collecting skills, information, and tools from the various planets, asteroids, and orbitals. For the most part, this isn’t a goal-driven game; there is a conspicuous “missions” tab in the UI, but during my experience with it, it mostly stayed empty. Instead, I was happy to bum around between Ceres and Mercury, getting to know the cultures and technologies that sprang up all over the solar system.

And dying. You die a lot in Sun Dogs; sometimes Jovian jackboots show up out of nowhere and maser your pod until it pops like a maize kernel. Sometimes you get into a literal trainwreck on Mars. Sometimes you’re shot in an anonymous corridor in Pallas for no apparent reason.

Sometimes they recover your cortical stack and you get reinstantiated from memories all the way up to your death. Sometimes they have to restore you from a backup. Either way, you’re in a new body and off you go again.

Making death “meaningful” is a long-running debate in video game design, featuring such illustrious entries as Nethack and Dark Souls. Sun Dogs uses its science fiction conceit to cheerfully invert the dynamic: What if death really was meaningless, a weird little break in an otherwise non-stop existence?

There’s not an overwhelming amount of content here, and what there is is spare and small, little frozen images from a strange universe. But I didn’t find it unsatisfying. I helped an odd vacuum-drifting creature recover their heart; I traded info for new intestinal flora – which turned out to be defective. I met zebras in a Dyson cylinder, elephants on the flooded-scorched surface of old Earth, and aristocrats permanently on the move around Mercury – Sounds familiar!

Sun Dogs is available now on Itch.io, available on Windows and Mac.